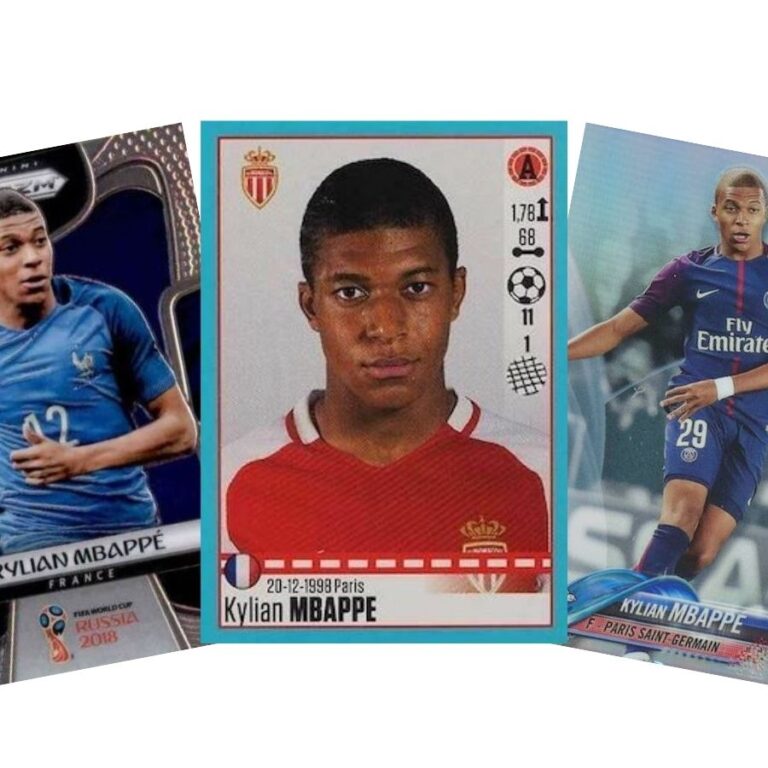 Former ‘European Golden Boy’ winner, Kylian Mbappe (born in December 1998), burst onto the scene in 2015 for Monaco with some very eye-catching performances.

He’s now established himself as one of soccer’s best players in the world. His explosive pace, brilliant goal-scoring numbers and skillful style of play makes him very exciting to watch.

Mbappe’s rookie season came in the 2015-16 season for Monaco in the French Ligue 1, at just the age of 16. His early success at Monaco earned him a transfer to French giants Paris Saint-Germain in 2017, for a fee of around €180 million – making him the second most expensive soccer player ever, and the most expensive teenager ever at the time.

He’s also the main player in the French national team which has seen great success in recent times. Mabppe was part of the team that won the 2018 FIFA World Cup, and his goals in vital games during that tournament played a big part in them becoming world champions.

At 19, he became only the second teenager to score two goals in a World Cup match, after Pelé, and also won the FIFA World Cup Best Young Player Award after that 2018 success.

Many soccer fans believe Mbappe is the successor to Cristiano Ronaldo (Mbappe’s idol) and Lionel Messi as a future Ballon d’Or winner (World Soccer Player Of The Year) – an award that’s been dominated by those 2 players in recent times.

His popularity and potential to be one of the best ever means a good deal of soccer card collectors are keen to add a Mbappe rookie card to their collection. Some of his earliest cards already go for huge money.

It’s worth noting that Mbappe doesn’t have any certified autographed cards from his early days, which is a big shame considering he’s so popular in the soccer card hobby.

Here’s a list of some of Kylian Mbappe’s most valuable soccer cards: 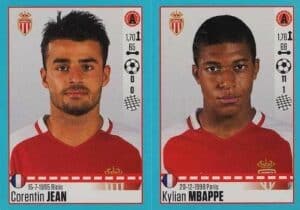 The sticker was distributed mainly in Europe, where soccer sticker collecting is popular, so it’s potentially hard to get hold of in America, but generally it’s not majorly rare.

The sticker itself is popular among collectors though – It shows a young Mbappe (alongside one of his then teammates, Corentin Jean) in his Monaco days. It’s not the most exciting design, which is a shame, considering it’s his rookie, but it’s still very much sought after.

Stickers are mostly harder to keep in top condition, when compared to cards, but there’s still a decent amount of PSA 10’s around, and while they do hold a lot of value already, the prices are no way near the likes of a Cristiano Ronaldo rookie card.

I think Mbappe’s true rookie sticker is a great long term hold, as long as you keep it in great condition.

Other Valuable Kylian Mbappe Cards To Look Out For 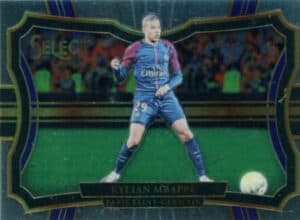 A few different Kylian Mbappe cards were released during the 2017-18 season, but the Select card was the first.

By the time of release, Mbappe had already made his record-breaking transfer from Monaco to PSG, and this card shows him in a PSG jersey in action with the ball.

It’s a lot more exciting than his rookie sticker, particularly the parallels, which contributes to the popularity of the card. The base card is hugely popular, but the parallels naturally get more attention due to the designs and increased scarcity. 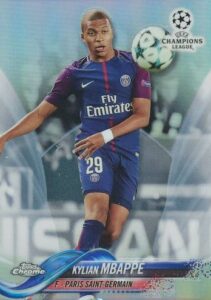 Another popular Mbappe card from the 2017-18 season, I believe this is his first appearance on a UCL card.

UCL Topps Chrome cards are generally popular, and this one is no exception – It’s a very nice card, and it’s another with parallels that fetch big money. 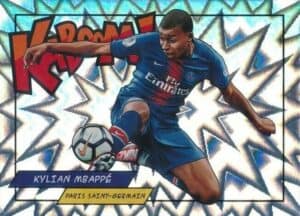 Panini Kaboom cards offer something different for collectors, their unique style makes them stand out. This one is my personal favorite Kylian Mbappe card.

It was issued in an online-exclusive Panini Rewards multi-sport set. The design features a shiny comic book-style Mbappe in action for PSG.

While the base design displays a silver foil explosion in the background, there are also parallels in Gold (/10) and Green (1/1).

The 2018 Panini Kaboom Mbappe card sells for thousands of dollars in a decent grade. 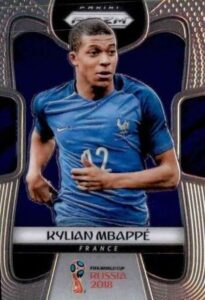 The 2018 Panini Prizm World Cup Mbappe card is one of his most popular among collectors.

Prizm cards are well known by sports card collectors from other parts of the hobby, like NFL and NBA – Soccer cards are becoming more popular, so for those new to soccer cards, this Prizm Mbappe card feels maybe more familiar than his Ligue 1 rookie sticker for example.

The 2018 World Cup was Kylian Mbappe’s ‘rookie’ World Cup, which he won with France, and earned the Best Young Player Award, after becoming only the second teenager in history to score 2 goals in a World Cup game, so that adds significance to this card.

It also has more than 20 different limited and very popular parallels (including the Prizms Black 1/1) to look out for. 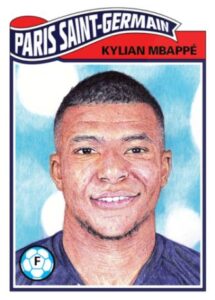 In 2019, Topps released a Kylian Mbappe card as part of their UCL Living set, which is a print-to-order set.

Collectors had 1 week to order the card before the print run, which ended at a surprisingly low number of just 402.

The style of these cards are popular, and the low print-run means Mbappe’s card already holds a lot of value.

Kylian Mbappe’s cards already hold a lot of value, but I think they’re a great long term hold – He’s one of the main names in the soccer card hobby because of his rapid rise to become one of the world’s best players at such a young age.

Cristiano Ronaldo and Lionel Messi are both coming to the end of their careers and in terms of the next big thing, and while there’s very talented young players like Vinicius Junior, Mason Greenwood and Phil Foden, Mbappe is at the top, along with Erling Haaland.

I did mention earlier that Mbappe’s rookie sticker is no way near the values you see for Ronaldo and Messi rookies, and while that’s likely part something to do with scarcity differences, it’s also because he hasn’t reached their level yet – but there’s no doubting he has a huge career ahead, and there’s room to go for Mbappe’s rookie card values.